He is played by Alfred Vargas. 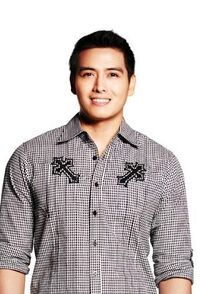 Gabriel Ramirez is the photojournalist who works for, Siklab Publishing Company. He is the one who found Roma after she was separated from Impy. Gabriel took Roma to Father Mateo where he decided that Roma should sleep at the church house. Then, Gabriel falls in love with Roma. Then, Gabriel applied for a job as a cameraman at Siklab Publishing Company. He was accepted to work there t work with Crisanto. Gabriel learns about Darna and her enemies. Days after, Roma was running away from the Church. Gabriel followed her and then Gabriel got attacked by Impy. Gabriel gets hurt. Roma manages to get rid of Impy. Gabriel is sent to the Hospital. He shortly recovers. Then, Valentina pretended to be Roma's friend, Narda. Valentina tells Gabriel that Roma is the evil Demon Woman.