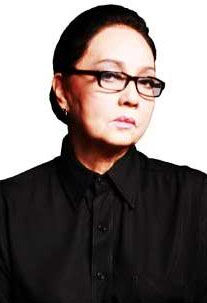 She is played by Ms. Celia Rodriguez, the original Valentina in Darna movies.

Ms. Perfecta is the strict headmistress of the orphanage Hospicio De San Martin. She is the one who adapted Narda after she was released from a bad person named Anton. She also adapted Eduardo until he was adapted by a scientist named Dr. Morgan. She is strict to her orphans but she cares about her orphans. She was friends with Valentina. In 2009, she was attacked and then controlled by the evil Impy. She was about to kill all the orphans but Darna saved them and Perfecta was released by Impy and she went back to normal. She feels hatred for Carding's relationship with Narda. Then, one day, Armida captures Ms. Perfecta and Father Mateo and brings both of them up in the sky at a high altitude. Darna saves Ms. Perfecta from getting falling down and she is currently recovering after her big fall down.

In the arc of the series dealing with the Armida (Hawk Woman), it was revealed that Perfecta was the woman that Ramil, Armida's former boyfriend was about to marry. Armida had picked him up right after the wedding, from the courtyard and dropped him to his death on full view of Perfecta and all the guests. It's possible that this is the reason she has shield away from the possibility of romance, traumatized by her experience.